The annual PCORI Report and payment of the PCORI Fee is due by July 31, 2021. Here is a brief summary of PCORI and the steps required to file.

“PCORI” stands for Patient-Centered Outcomes Research Institute.  The PCORI fee (which is also sometimes called the Comparative Effectiveness Research Fee, or CERF) is charged to health insurers and to employers offering self-insured plans, in order to fund the PCORI Trust Fund, a part of the Affordable Care Act. The purpose of the Institute is to conduct empirical research designed to improve the quality and relevance of evidence-based medicine.

This amount is multiplied by the average number of insured participants (including dependents) during the plan year.

The IRS requires the following types of plans to prepare and submit annual PCORI reporting, and the fees associated with it:

Flexible Spending Arrangement (FSA)*  *only if the HRA or FSA provider is different from the insurer.

PCORI fees are not assessed on Employee Assistance Plans, wellness programs, or disease management programs, provided that these programs do not provide substantial medical care or treatment.

There are three accepted methods for calculating the number of participants covered by a self-insured plan:

Snapshot: Plan sponsors may take a “snapshot” of the number of persons covered on any one day in a fiscal quarter, use the same day and month of each of the other quarters, and then average the four numbers together to determine a reporting result.  For example, the sponsor may take the total coverage on the third Friday of the second month of each quarter (or the second Monday of the third month, or first Thursday, etc.), use that same day/month calculation point for the other three quarters, and average these four numbers together.

Actual Count: Plan sponsors may take the total persons covered for each day of the plan year and then divide that amount by the number of days in the plan year to obtain an average.

If the plan covers the fees for the HRA or FSA programs, the fee is just paid once and is paid only for the employee, not for dependent spouses or children.  This also holds true for COBRA participants and retirees who participate in an HRA or FSA plan.

If an employee participates in both a fully funded plan and in an HRA or FSA, a separate payment is required for both plans.   However, if the employer contributes less than $500 to any employee FSA accounts and offers a fully-funded group health plan as well, the FSA is exempted from PCORI fee requirements.

It is permissible to change the method of calculation from one plan year to the next.

HOW TO REPORT PCORI FEES

Payments are to be made using the Electronic Federal Tax Payment System.

HOW TO REPORT CORRECTIONS ON FORM 720

Corrections or revisions to Forms 720 which have previously been filed are to be made using the Form 720-X.  This would include late filings as well as any adjustments which result in an overpayment. Adjustments are to be filed within three years from the date the original return was filed or was due. Late payments may be subject to additional IRS penalties.

Penalties related to late filing of Form 720 or late payment of the fee may be waived or abated, if the plan sponsor has reasonable cause and can show that the failure was not due to willful neglect.

If you or any of your team have questions about this material, or if you’d like a more in-depth review of your own situation, please contact HR Service Inc. at (801) 685-8400. We’d be happy to help! 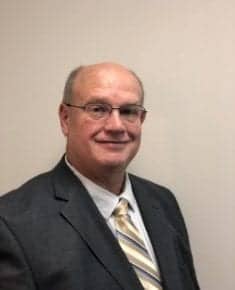